Advising with empathy and experience

For a case of clinical negligence to be proved, there must be a duty of care which is owed by the defendant to the person claiming damages. If such a duty of care exists, for an action to be successful, two further things must be shown. Firstly, the treatment given to the claimant must have been negligent. Secondly, the negligence must have caused (or contributed to) the injury for which compensation is sought.

A recent case (Sutcliffe v BMI Healthcare) illustrates these principles. Mr Sutcliffe had undergone a routine operation and was under sedation for pain relief while asleep. The pain killer used was morphine, a side effect of which is that the normal gag reflex, which occurs if the airway to the lungs is obstructed, can be suppressed.

Mr Sutcliffe’s vital signs were not monitored by the hospital. He vomited in his sleep and his airway became obstructed, with the result that there was a considerable loss of oxygen to his brain. This caused Mr Sutcliffe to suffer severe brain damage.

The first issue was whether there had been a breach of the duty of care owed by the hospital to Mr Sutcliffe. Whilst the High Court found that there had been some breaches of the hospital’s duty of care immediately post-operation, in its view those breaches had not caused the incident. Critically, the judge found that the nurses had exercised reasonable clinical judgment in deciding that it was not necessary to check Mr Sutcliffe’s vital signs at 6 am, whilst he was asleep. Having found that no duty of care was breached, it was not strictly necessary for the judge to consider whether the failure to observe Mr Sutcliffe’s vital signs had caused the injury, but the judge did so. He accepted evidence from an expert anaesthetist and concluded that even had Mr Sutcliffe’s vital signs been checked, he would have gone back to sleep and the incident was therefore unlikely to have been avoided.

The Court of Appeal confirmed the High Court’s decision. 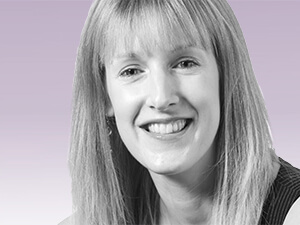 This sad case does illustrate the principle that some injuries are, in effect, just bad luck. In such cases, despite the severity of the injury, it may not be possible to make a claim.
The contents of this article are intended for general information purposes only and shall not be deemed to be, or constitute legal advice. We cannot accept responsibility for any loss as a result of acts or omissions taken in respect of this article.

Patient not properly anaesthetised during surgery.

A hospital has admitted liability after a patient was not properly anaesthetised during...
Read more

Those who have suffered sexual abuse are entitled to expect that the perpetrator will be punished...
Read more

Coronavirus legislation and the vulnerable.

Women should be warned about breast implant illness.

Women having breast implants should be warned about a condition linked to chronic pain and...
Read more

You Don't Have to Prove Negligence to Achieve Justice

It may seem surprising but, in order to win compensation, it is not always necessary to prove that...
Read more

Some cookies are essential, whilst others help us improve your experience by providing insights into how the site is being used. The technology to maintain this privacy management relies on cookie identifiers. Removing or resetting your browser cookies will reset these preferences.